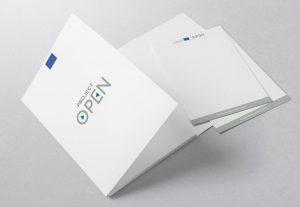 Literature about features of Islamic radicalization is now quite wide. However, there is not enough evidence about this phenomenon in specific European areas.

This knowledge is crucial to building effective, grounded, and strategic policies, but also to simply understand what is going on in our society.

In addition, OPEN recognized a huge role in non-profit organizations as credible voices and actors able to support local Muslim communities in coping with the problem of radicalization. In this framework, OPEN also gathered information about training needs and perceptions among relevant local CSOs.

Methodology of the research 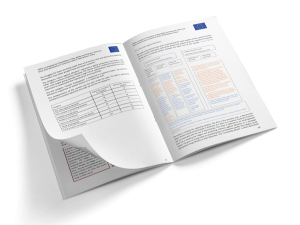 The research first implied a desk analysis to outline the European framework of Muslim violent propaganda online (especially in the reference regions) and the good practices to tackle it.

A comparative analysis of existing practices, methods, and approaches in engaging with terrorists at the national level has been implemented together with a literature review also able to describe the framework contextualizing the empirical data.

The desk analysis has been accompanied by fieldwork aiming to understand the main features of the online radicalization process among Muslim communities in selected cities (Rome, Nice, Strasbourg, Berlin, Elche) and related regions. This meant investigating major profiles, pages, and groups of target audiences, their triggers, believes, influencers, and major online (especially social) pages. This was a crucial step to target social network campaign also in advertising terms, to identify the strategic associations of keywords and requisites useful for profiling on social networks.  In addition, once major clusters have been identified, the team tested alternative and counter-messaging evaluating their impact at the local level.

Furthermore, a questionnaire was administrated online and offline among selected non-profit organizations and activists in the reference regions to support OPEN in answering the following question: What are our recommendations for tackling the phenomenon of radicalization?

The surveys were answered between the 04.03.2020 and 21.05.2020, and involved by 113 Organizations and Social Workers operating with young people in the target group age range and with young Muslims.

“The perception of civil society organizations and grass root movements about Islamic radicalization process in their local community”:

On the basis of the research activity, OPEN implemented a practical report that:

The report provides concrete problem-solution based suggestions/schemes on how to reply to online interaction and spread a positive narrative, and on how to protect themselves in case of personal attack (e.g. categories of effective answers and comments, operational management in case of threat/aggression).

This website uses cookies to improve your experience while you navigate through the website. Out of these cookies, the cookies that are categorized as necessary are stored on your browser as they are essential for the working of basic functionalities of the website. We also use third-party cookies that help us analyze and understand how you use this website. These cookies will be stored in your browser only with your consent. You also have the option to opt-out of these cookies. But opting out of some of these cookies may have an effect on your browsing experience.
Necessary Always Enabled
Necessary cookies are absolutely essential for the website to function properly. This category only includes cookies that ensures basic functionalities and security features of the website. These cookies do not store any personal information.
Non-necessary
Any cookies that may not be particularly necessary for the website to function and is used specifically to collect user personal data via analytics, ads, other embedded contents are termed as non-necessary cookies. It is mandatory to procure user consent prior to running these cookies on your website.
SAVE & ACCEPT